In this case, study about stopping Outshopping; the study basis is about market competition and plans needed for surviving in the healthcare industries. The circumstances of the health care industry in our case are brought about through the construction of a highway linking Scarlet hospital to other areas. 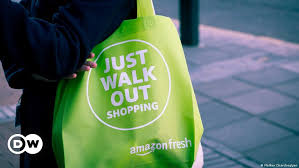 Scarlet Hospital is situated in a small community in Walnut Grove in the mountain region of Salem in the U.S. The community has a population of about 25, 454, while the neighboring Salem is a metropolitan area situated about 50 miles to the east of Walnut Grove (Forteberry, 2010)

According to Fortenberry (Fortenberry, 2010), Timothy Roger’s philosophy about the persistent motivation for excellence discloses that Scarlet Hospital ha has not been working very hard to be the leading health care provider even before the establishment of the highway linking it with Salem.

Despite the fact that they had always provided high-quality health services to their patients and employed strong quality initiatives, maintaining those patients and market expansion had not apparently occurred in the minds of the administrative team.

The market segmentation plans and the marketing research process done by the Scarlet Hospital were very negligible; the hospital had been maintaining excellent standards in delivery and provision of health care but had failed to provide any support to the other patients’ segments.

The needs of other patients had been seen to be minor, private practices with Walnut Grove. The Hospital had put more emphasis on the inpatient charges and procedures as their key market, because of the geographical location and size away from the big market. Scarlet Hospital finds themselves facing many challenges in the outpatient and urgent care (Boston, 2014). 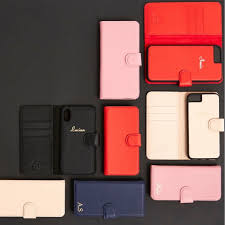 They had not seen the need to much research in marketing over the past few years, owing to their insulated location. This hospital was laying focus only on retaining their clients through maintaining their commitment to offering quality services; they never considered local patients seeking for outpatient procedures in Salem, since it was a long distance and local patients were not in a position to access it easily.

Besides, Scarlet Hospital did not have a specific target in the health industry, nor had they segmented their market in the recent years. They had depended on the successful merger of the two large hospitals in the region to control the immediate market. Considering the construction of the new highway system, lacking access to other institutions has now become a great concern for Scarlet Hospital, along with their lack diverse medical options and aggressive marketing options for the local area.

In the Outshopping case study, the complacency shown illustrates to administration in numerous businesses, not only health care, that a company can rest on its laurels and should remain competitive for various reasons (Fortenberry, 2010). First, this case proves that that marketing research requires being continuous since competitors are capable of entering the market at any time and can make use of the any perceived weakness to destruct even an established brand.

Secondly, clients ought to be involved in the decision; making and the company ought to make them a priority, to help in ensuring the future and prosperity of the company. Third, the target market requires to be expanded, to control the rising competition even outside Walnut Grove.

The expansion can also be through community services such as training, workshops, and other innovations aimed at maintaining and gaining more clients (Boston, 2014). These strategies can help in the provision of a precise position of the hospital, at least within their present market, and assist in creating a trusted brand in the new markets’ location, that will be available to them.

Putting into consideration the future of their market as well as updating the organization goals could provide a better brand communication policy for Scarlet Hospital so that they can learn more about their clients and their needs. The complacency, which the Scarlet Hospital fell into, could imply that the industry is in jeopardy of being overrun by the opponents; the marketing point of the systems to a great hospital is that bigger cities offer improved care as compared to their smaller counterparts within Walnut Grove (Tonchia et al.,2010).

There are a few ways of preventing this idea taking hold. This is through reminding patients about the quality of care offered at the Scarlet, and through offering more diversified and improved care to the local market as quickly as possible, so their current clients do not go looking for attention outside the region. Not only will it become a question of quality but of convenience as well.

If Scarlet  Hospital can offer both on a regular basis, then they will be in a position to keep the current clients and as well advertise to an expanded market that that is likely to enjoy,  more thorough smaller medical care. At least that can remain as a clear implication. It is always rush, rush, rush, in the major cities. At the Scarlet hospital, they ought to put the idea of taking adequate time to care sufficiently for the patients.

From Michael Porter  Five Forces, authors Jones and Hill (Hill et al…2010) affirm that active making of decisions by the administration lies with internal forces at Scarlet Hospital as well as in the external forces of the business environment.

It is the responsibility of the Scarlet Hospital to protect their market share and understand that chances of reducing patient census also rests with other Salem area providers. Scarlet Hospital should go to providing accessible, high-quality, affordable and convenient services to its clients to retain any competitive benefit and discourage competitor’s entry. 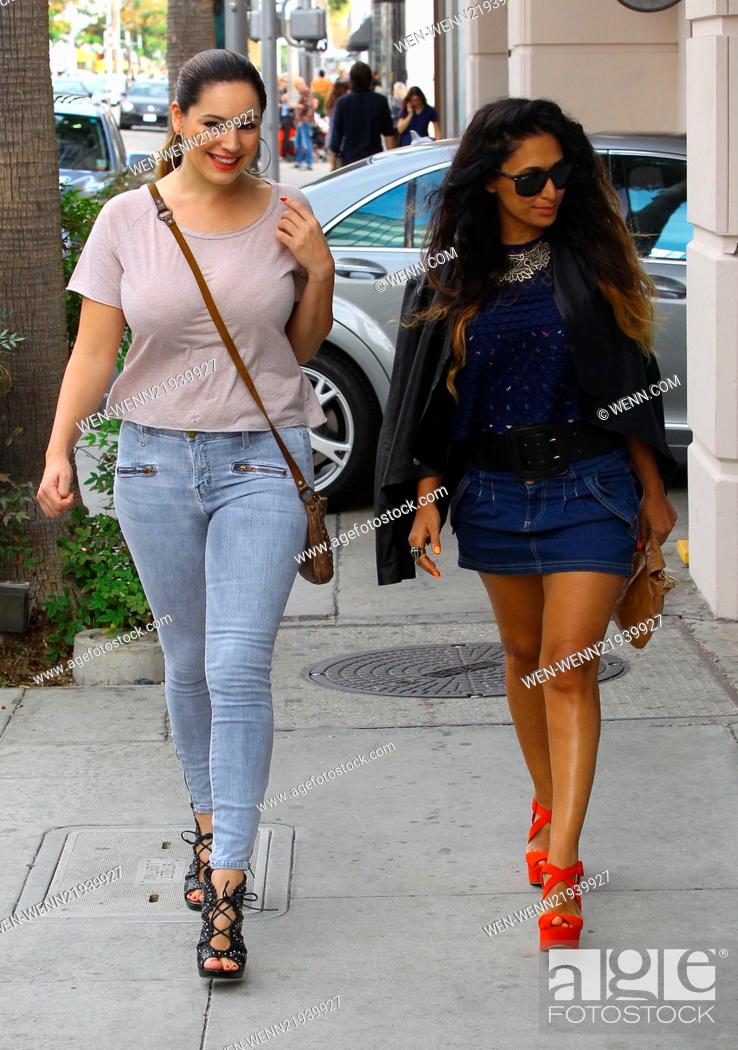 For SWOT analysis to be valid, Scarlet Hospital has an obligation to protect its market share and as well build central competencies to avoid losing clients to other health care institutions in the region. The main hospital and its associated clinics ought to be positioned strategically in site for patients to access it easily.

The cost, reputation and quality services provided ought to be used as an advantage against the competitors. The construction of the highway, which connects the two regions as an opportunity to for the Scarlet hospital to move to the new market and broaden its market share. These opportunities are helpful when it comes to mitigation of the threat of new entrants.

The Scarlet Hospital’s administration ought to outline a defensive marketing plan that requires, for its success a balanced scorecard model. The ability of and established an organization to win the client’s confidence in their products so as to defend the company’s market overall benefit share and profitability as well as positioning of the products against potential competitors (Tonchia et al.,2010).

A balanced scorecard provides the best strategic initiatives, which is capable of having a cascading impact throughout the hospital. This procedure aligns major measures of performance with a complete picture of the whole operations of the Hospital.

This method leads to a reduction in time -frames, the creation of solutions that are more efficient, improved decision, and allowing easier access to the facilities. This is a unique competitive advantage. This method helps in continually measuring and evaluation of initiatives against the standard of the industry. Finally, the concept of a balanced scorecard offers a strategic feedback and learning, a thing that aids administrators in correcting newer business endeavors. 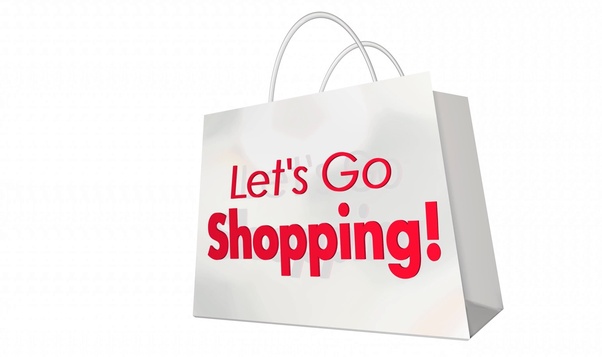 Scarlet Hospital ought to strategize on using offensive marketing policies capable of dominating the Salem health care providers through improving their modest marketing position. Scarlet Hospital is capable of offensively moving through offering same services, distribution, and promotions, but also deliver high quality and affordable services to their clients            (Bohm, 2009).

This could be successful if Scarlet Hospital focusses on their competitor’s weakness. The Scarlet could concentrate its delivery care because this has been one of their strong points. Besides Scarlet could take advantage of their rivals’ deficiencies in communication regarding lacking promotion in the area.

This could prevent competitors from entering the market while at the same time avoiding the threats linked with other aggressive marketing policies. This involves bettering and improving services that are not well addressed by the competitors, such as cancer and diabetes (Bohm, 2009).

Exploitation of the current market domination, which Scarlet Hospital enjoys, is another issue, which should be addressed. For Scarlet to retain their competitive benefit in the area, they require expanding their survive offering in the region.

They should provide sub-clinics to (or “intending to”) hinder rivals from entering the market. Scarlet should also consider having its name in the area as an institution, which delivers more than an emergency room or outpatient care. They would as well focus more on quality while maintaining a low cost for the patients.

This will help them have attracted more clients thus expand the target market. Finally, Scarlet Hospital ought to capitalize on their innovative ability, with projects such as genetic testing and research center, which can increase services and precautionary care for patients in the region.

This would help enhance the Hospital’s reputation and widen their brand. This will change them, and they will no longer be considered as Scarlet Hospital but rather Scarlet Health. This will enable them increase and improve marketing and branding to a larger market.